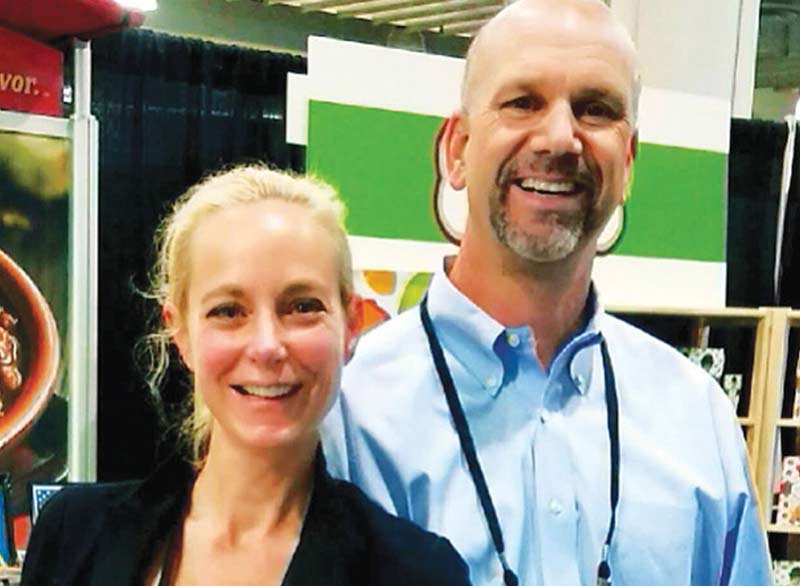 The following Q & A originally appeared in Prepared Foods Magazine and published on November 19, 2020. Please see the original article here.

Prepared Foods: How did Little’s Specialty Foods begin? How did you get your start in the spice and seasonings market?

In 2014, those same chili recipes became the foundation for us and a new company called Little’s Specialty Foods, Inc. Keeping the heritage of the family name, our Little’s Cuisine brand is launching even more delicious products in markets nationwide.

PF: How and when did you arrive at an idea for “street food” seasonings?

Angela Colabella: After attending the Summer Fancy Food Show in the summer of 2017, we collaborated with a marketing firm, Mary DeLucco Creative Services, Portland, Ore., to identify and analyze emerging culinary and menu trends.

After completing our assessment, it was obvious that street tacos were one of the fastest growing cuisines sweeping the country. It was clear that consumers have been responding to authentic global flavors with artisan spices that are new and crave worthy. These types of foods also are fun, healthy and hand-held—all characteristics that fit with the attributes of the Little’s Cuisine brand.

PF: Tell us about today’s line.

Claude: Little’s Cuisine Street Taco Mix line debuted in the summer of 2019 at the KeHE Winter show. Today, it’s sold in more than 600 grocery stores in the Southwest, Wisconsin (and other Midwest states) and in Connecticut (and other New England states). It’s also available through Amazon, FAIRE and from our website store. The initial Street Taco varieties are Carne Asada Steak, Cascabel Chicken, Baja Fish and Al Pastor Pork. Our suggested retail is $2.49 for a 1oz (28g) package.

PF: Can you tell us more about researching the
offerings and the particular seasonings?

Claude: We relied heavily on the principles at Mary DeLucco Creative Services to lead the recipe development phase. Their team developed several product concepts and descriptions of each potential formulation. Then they directed us to a Seattle-based spice company to translate four of our Street Taco product concepts into bench-top formulations. This company sources spices from around the world and works with award-winning chefs in developing proprietary spice blends for their kitchen staff.

PF: How long did it take to get just the right flavor profiles and can you share a behind-the-scenes story about the process? What was most challenging?

Angela: Our spice experts completed the initial round of recipes in about three weeks and sent samples to Mary DeLucco and her team. After their initial tastings, they directed spice and flavor modifications for a second round of recipe refinements. The second set of samples was completed in about two weeks and at that point, we joined in the tasting and evaluation. Two of the recipes were approved and two recipes needed a third round of modifications.

The most challenging part of the process was having our Illinois-based co-packer convert the bench-top and R&D lab recipes into commercial formulations. Many of the spices in our Street Taco Mixes are unique, authentic and not considered common kitchen spices.

For example, we worked with a supplier in New Mexico that started custom processing Cascabel chili peppers specifically for our product. At that time, they were not available in a spice form. We insisted on having that unique pepper as the foundation for our chicken variety Street Taco because they are a relatively mild pepper, with a nutty, slightly earthy flavor. Our Illinois co-packer was able to match the flavor profile of the benchtop prototypes in about six weeks.

PF: What are you most proud of with this line?

Claude: We like to say “Little’s Cuisine Street Taco Mixes bring the street taco truck eating experience to your home cooking in a convenient, healthier version.” We are providing a way for consumers everywhere to enjoy eating “foods from the street”—at home.

PF: The nation’s COVID pandemic certainly has dampened restaurant activity and perhaps food truck sales as well. What’s been your take on the street food trend and how the market has evolved since your initial research?

Claude: We believe that “street foods” trend is still in a major growth phase. Consumers still want an authentic, healthy and flavorful food journey. Of course, the presence food trucks has brought that journey to our neighborhoods. We firmly believe Little’s Cuisine has its place to bring it to your home.

PF: To your point about authenticity, can you tell
us a little more about dialing in authentic flavor with one of your varieties? What’s the most
challenging aspect?

Angela: When developing street foods, we look to different and distinctive regions of the world for inspiration. We believe that authenticity starts in the streets; that is where original flavors are found.

For example, in developing our fish taco variety, we researched food carts and trucks in Baja Mexico and tasted the spices they were using to create truly local flavors.

Fortunately, we found several spices that were familiar, but when blended in combination, delivered an amazing, mildly delicious taste that enhanced the flavor of the seafood. Spices like coriander, cumin, red pepper and cinnamon are familiar; so they build an easy bridge to the American palate. And while American’s tastes are fairly diversified, they are hungry for more unique and exciting flavors.

Consumers will accept something unfamiliar if it’s bridged with some familiar things they are used to. We also created a very authentic preparation recipe for this variety; a portion of our Baja Fish spice blend is incorporated into the breading, the beer-dredge and the finishing white sauce. Top with shredded cabbage and carrots, jalapenos and a squeeze of lime … it’s an inexpensive way to travel to the streets of Baja without the jet lag.

PF: What can you tell us about new Street Taco Mix varieties for 2021?

Angela: Working with the staff at Mary DeLucco, we already have developed several new product concepts and descriptions including additional new Asian, Hispanic and regional US flavor concepts.

We are in planning talks with our spice souring partners to bring some of these varieties to market next year.

Back to Articles Listing